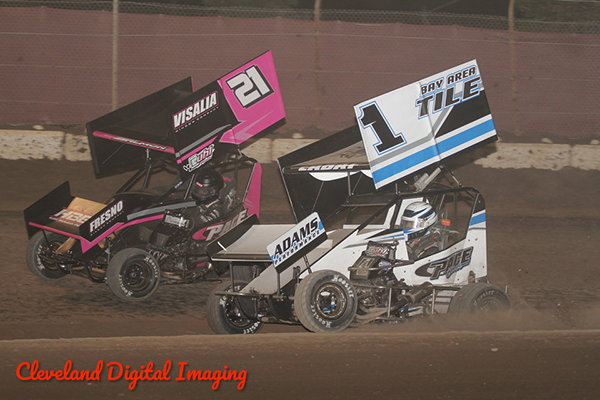 STOCKTON, CALIFORNIA (December 9, 2020) – Dirt will continue to fly in Stockton in 2021, with the 35th season of Micro Sprint racing planned at the Delta Speedway. The 1/7th mile oval at the San Joaquin County Fairgrounds has unveiled a 16-race slate for the upcoming campaign. Promoters Bob & Tiffanie Panella will again present championship Micro Sprint action for Super 600, Non-Wing, Restricted, and Jr. Sprints. Photo by Chris Cleveland

The action begins in March, with a Play Day scheduled for March 20th with a rain date on March 27th. The first of 14 points races will commence on April 10th. The annual Summer Sizzler will serve as points races five and six on June 25-26, while the Dual at Delta on Labor Day weekend comprises points races 11 and 12. A new points race will take place on Wednesday September 15th during the September World of Outlaws swing through Northern California’s dirt tracks. Champions will be crowned on October 2 with the Turkey Bowl XXI moving to its traditional weekend on October 29 and 30.

Race fans were dazzled in 2020 by the repeat performance of Stockton’s Caden Sarale as the 17-year-old darted to his second consecutive sweep of both the Super 600 and Non-Wing championships. Tracy’s Brandon Riveira snared the Restricted division while Lucas Mauldin won his second consecutive Jr. Sprints title. Non-Wing again dominated the 600cc-powered proceedings with 77 different drivers taking their shot at a checkered flag during the 2020 season.