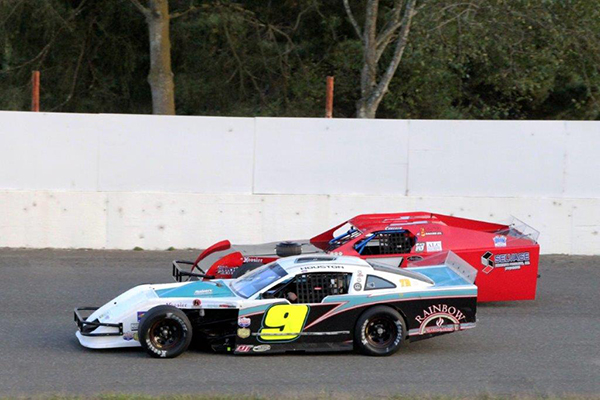 (September 30, 2020 from North State PR) – Race number four of the North State Modified Series, presented by Protect the Harvest, will happen at the Shasta Speedway in Anderson this weekend. The event will be the richest race of the series’ seven year history with $2000 going to the winner and $400 to start the 60 lap “Lloyd Burton Against the Wind Modified Challenge.”

The event is run in remembrance of Lloyd Burton, a long-time supporter of auto racing in the Redding-Chico area. He was the head official at Shasta Speedway when the facility was promoted by Bob Carrel in the 1990s.

Burton also served as head official at Lakeport Speedway for five years and officiated at several other race tracks in Northern California. A native of Shasta County, Burton was involved in racing and promoting his entire adult life, He was also the founder of the Northern California Auto Racing Alumni (NCARA.)

This memorial event first ran in 2016 with Jason Philpot of Sacramento the winner. In 2017 Darrin Sullivan of Kelseyville took home the first place money and the trophy. 2018 saw Kris Price of Sacramento come out on top. And Kyle Tellstrom of Ukiah was the winner in 2019. These driver’s names are engraved on the four foot tall hand-caved custom perpetual trophy and resides in the North State Modified Series office in Lucerne, California.