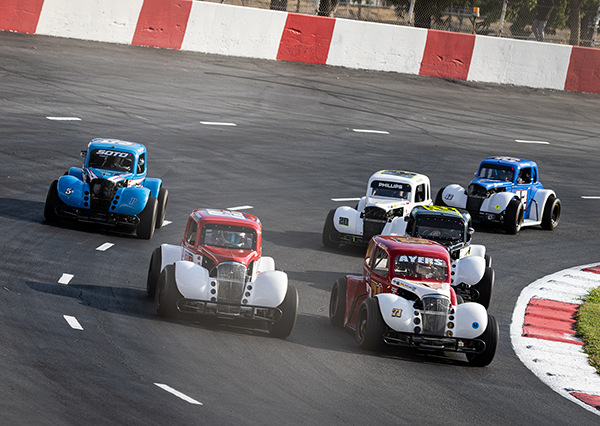 MODESTO, Calif. (December 23, 2022) – Adam and Aaron Coonfield of the Legends Tour Series have assembled an eight-race schedule for the 2023 season, spanning most of California and including a points paying Roval race for the first time. Drivers will compete for INEX state and national points along with tour championships in all four US Legends Cars divisions. Photo by Ethan Smith

The centrally-located, tri-banked Madera Speedway serves as one of the home venues for the tour with four events on the one-third mile. Each round is during the famed MAVTV-televised Pro and Jr. Late Model competition. Madera opens the Tour schedule on March 18 for the Madera Speed Fest. Additional stops will be on June 24 for the Reverend Ron Spencer Red, White, and Blue Classic, July 22 for the Summer Speed Fest, and October 7 during the prestigious 11th annual Short Track Shootout.

On April 8, Legends Tour Series will travel south to Irwindale Speedway for a points-paying roval showdown.

All American Speedway in Roseville, Calif. enjoyed a strong return of the Legends cars in 2022 and hosts them for two races in the upcoming season. Armed Forces Night on May 13 and the Tribute to Heroes on September 9 are on tap, with both nights joining NASCAR Super Late Model and Pro Late Model action.

The prestigious Night of Champions at Stockton 99 Speedway includes the Legends Tour Series this year on August 5. A dirt racing date at Delta Speedway in Stockton is still To Be Determined at this time.

Cody Winchel of Sebastopol won the overall 2022 Legends Tour Series championship while Kayci Phillips won the Semi-Pro title. Aiden Phillips of Madera was the Young Lions champion and Raymond Casey claimed the Masters division. Winchel led the series with three victories with series runner-up Brendan Ruzbarsky serving as the only other repeat winner during a season of close competition and parity.