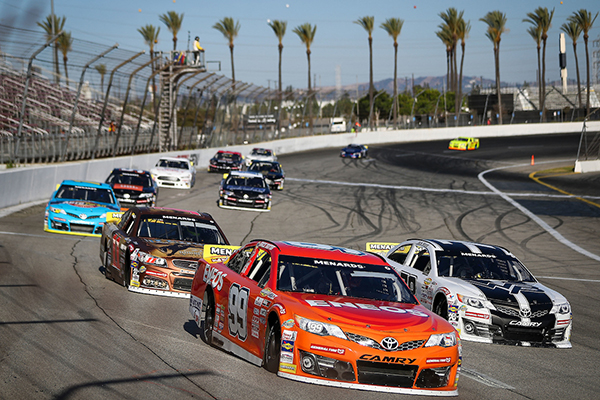 Temperance, MI – (December 18, 2020) – The schedule for the ARCA Menards Series West has been set, featuring nine races on tracks ranging from a quarter-mile at All-American Speedway to the one-mile Phoenix Raceway oval and a pair of road course races.

The West opener – a combination race with the ARCA Menards Series – is set for Phoenix Raceway on Friday, March 12.

The highlights –
• After the opener at Phoenix in March, the West returns to action in June for its first road race of the season at Sonoma Raceway. The second road course race of the season, a stop in conjunction with the NTT INDYCAR SERIES during the Grand Prix of Portland, comes in September for the series’ first visit to Portland International Raceway since 2012.
• Irwindale Speedway in suburban Los Angeles will host two races, one on July 3 and the second on August 21. The series’ annual visit to Colorado National Speedway is sandwiched between on July 31.
• The Bullring at Las Vegas Motor Speedway on September 23 and All-American Speedway on October 9 gives the series back-to-back short track races before the championship finale at Phoenix Raceway on November 6.
• The date at Portland is on a Flex Schedule. The race could be held Friday, Saturday, or Sunday, September 10 through 12.

All races will be streamed live on TrackPass on NBC Sports Gold and televised on a delayed basis on NBCSN, with broadcast dates to be released at a later date.

All dates are tentative and subject to change.