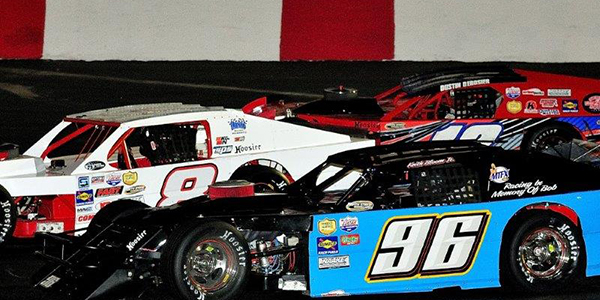 Tickets for the grassroots racing extravaganza are available online only at www.AllAmericanSpeedway.com All seats are general admission, priced at $20 except for kids five and under who are free.

Each division will run in accordance with their respective rulebooks, but both will be eligible for the posted awards. The awards include $1,000 to the race winner, $150 to take the green flag, and Authority Heating & Air lap leader bonuses of $250 on both lap five and lap 55.

The Mini Cup/Bandolero division will race for $500 to win, $150 for second, $75 for third, and $50 for fifth on top of regularly posted awards. Auburn’s Colton Nelson will try to maintain his 17-point lead in the championship over 2020 champion Bella Thomsen of El Dorado Hills. Lincoln’s Anthony Bean is third as the highest rookie this season.

Auburn’s Thomas Martin and Granite Bay’s John Moore are entrenched in a tight battle for the Berco Redwood Late Model championship with just two points between them. Fort Bragg’s Aidan Daniels, Loomis’ Michael Mitchell, and Roseville’s Lance Halm round out the top-five. Napa’s Dylan Zampa and Colorado’s Cassidy Hinds have also won main events this year. A pair of 35-lap races are scheduled for this weekend.

Roseville’s Ray Molina is also having a successful bid for a repeat championship in the F4 division. He leads Matthew Fuhs of Roseville by 23 points, followed by Dennis Crook of Fernley, Nev., Brandon Frantz of Lincoln, and Dan Cherry of Citrus Heights.

In the BMR Drivers Academy, 2020 Late Model champion Cole Moore of Granite Bay has won 15 of the 18 events held across California. He will look for wins 16 and 17 on Friday and Saturday in the series that utilizes ARCA chassis components and 625hp engines.

Additional information on fan attendance is available at www.AllAmericanSpeedway.com Competitors will participate in practice activities on Friday before racing on Saturday. Grandstands open at 5pm. Heat races for Super Stocks and F4s are scheduled for 5:15pm, followed by the Lucas Oil Dash for the North State Modifieds. Opening ceremonies will take place at 6pm with features to follow. Races will also be available on Pay-Per-View at www.AllAmericanSpeedway.TV