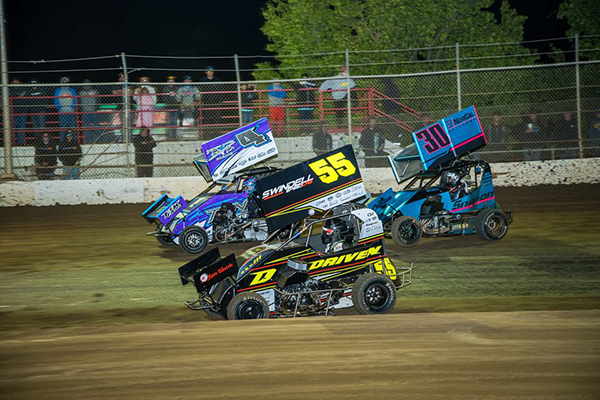 Fans can purchase their tickets in advance by visiting tinyurl.com/2021deltatickets on MyRacePass. The link can also be found at www.DeltaSpeedwayStockton.com Tickets are $10 for adults ages 13 and up, $5 for kids ages 6 to 12, seniors 55+, and military, and kids 5 and under are free! Pit Passes can also be pre-purchased by competitors for $20 or purchased at the gate.

Livermore’s Travis Labat leads the Super 600 championship standings with a best finish of third this season. Labat splits his time between Micro Sprints, Outlaw Karts, and 360 Sprint Cars, earning a pair of top-tens at Ocean Speedway in Sprint Car competition during the break at Delta Speedway.

Labat leads Nikko Panella of Stockton by five points in the standings. Panella picked up the most recent Super 600 checkered flag on May 22. Fresno’s Raio Salmon aims for her first victory of the season and has used the Summer Sizzler as her breakout race in the past during her quests for a championship. Devon Courtnier and Medford, Ore.’s Austin Torgerson round out the top-five in the points. Super 600 races for $500 to win each night of the Sizzler in 30-lap features.

Stockton’s Caden Sarale has slipped to seventh in his bid for his third consecutive Super 600 title but has the Non-Wing points lead by a comfortable 27 point margin. Sarale is yet to take a win this season but has a pair of third place finishes to his credit. 2020 Restricted champion Brandon Riveira of Tracy ranks second in the championship. Springville’s Cameron Paul, Torgerson, and Valley Springs’ Dan Mognaga make up the rest of the top-five in the standings with former champions TJ Smith and Brandon Carey both outside the top-five. Non-Wing will also compete for 30-laps and $500 to win during each night of the Summer Sizzler.

“Big A” Austin Wood continues the Delta Speedway trend of points leaders who do not have victories this season, leading Colton Key of Fresno by 18 markers in Restricted. Andrew Smith of Castro Valley ranks third with one triumph this season and ranks second in the Restricted battle at Dixon Speedway as well. Former Jr. Sprints champion Isabel Barnes of Brentwood is fourth in the standings followed by youngster Jett Barnes of Visalia. Dixon points leader Lucas Johnson is in the hunt as well from sixth. Restricted will compete each night for 25-laps and a guaranteed minimum $300 to win.

Brody Rubio of Manteca enjoys a narrow 14-point lead in Jr. Sprints over Hayden Stepps. Rubio has won twice to open the season. Mavrick Pedroni of Jamestown, Levi Osborne of Millbrae, and Vito Cancilla of Pleasant Hill round out the top-five. The youngest drivers at Delta Speedway race for 20-laps each night with a minimum of $200 to the victory.

Race fans should come hungry for Royce Farms BBQ, located in turn four during each event at the Delta Speedway at the San Joaquin County Fairgrounds. Tickets are $10 for adults ages 13 and up, $5 for kids ages 6 to 12, seniors 55+, and military, and kids 5 and under are free! Pit Passes can also be pre-purchased by competitors for $20 or purchased at the gate.

Pit gates open at noon each night with the driver’s meeting at 5:30 pm on Friday and 4:30 pm on Saturday. Hot laps and qualifying will follow.