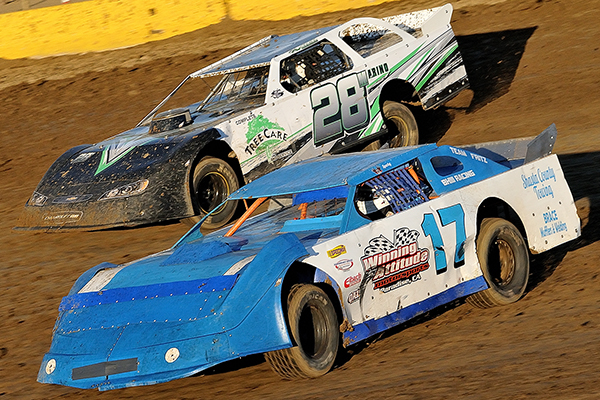 PARADISE, Calif. (December 19, 2022) – The Tri State Pro Stock Challenge Series has announced its 2023 schedule with 15 races across California and Oregon scheduled. Drivers will compete for a championship with all 15 races counting in the standings. Photos by Top Dawg Photos

Teams in the Tri State Pro Stock Challenge Series is a culmination of several west coast groups with weight changes that produces close races. A complete rulebook is available at www.TriStateProStocks.com

Tri State Pro Stock Challenge routinely races in a minimum of $1,000-to-win for most feature events and participates in some of the most prestigious races on the West Coast. Action gets underway on March 18 at Stockton Dirt Track. They will join the stars of west coast Sprint Car racing during an April stop at Hanford and participate in the Tilford Tribute at Placerville Speedway.

May 27 and 28 will serve as the Rocky Nash Memorial Shootout at Southern Oregon Speedway in Medford before the series makes its first points paying stop in several years at Antioch Speedway on June 10. The series will be joining the Western States Dwarf Car Association during a busy night at the Contra Costa County Fairgrounds.

Petaluma Speedway will be the site for the Bob McCoy Tribute in September before the schedule concludes in October for Bakersfield Speedway’s Bud Nationals.

Events will feature Pay Per View live streaming coverage through Speed Union TV and FloRacing in 2023!