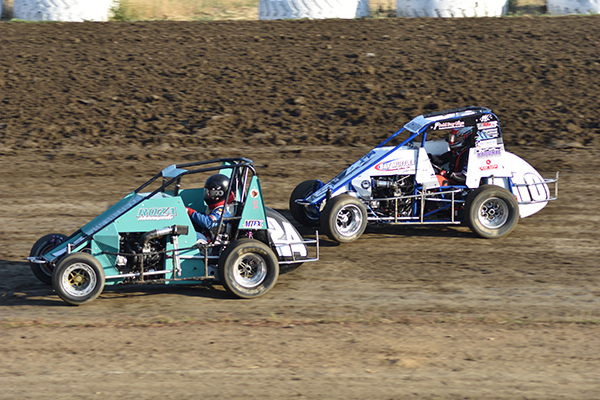 WATSONVILLE, CALIF. (December 24, 2020) – The 2021 Western Midget Racing schedule has been released with five different venues across California and Arizona that will play host to the fastest growing dirt open wheel series in the west. The series will visit Adobe Mountain Speedway, Ventura Raceway, Ocean Speedway, Petaluma Speedway, and a fifth venue To Be Announced across 29 planned races. Separate championships will be awarded with the complete format to be released at a later date. Photo by Joe Shivak

WMR is designed to be an affordable local and regional alternative to national level midget racing. The division utilizes stock production 2.4 and 2.5L inline four-cylinder engines.

The series routinely competes during major events at its tracks and that tradition continues in 2021. WMR will compete at Ocean Speedway in Watsonville during both the Howard Kaeding Classic and the 61st Johnny Key Classic. At Ventura Raceway, WMR competition will be paired with all three rounds of USAC’s Battle at the Beach for USAC West Coast 360s. The visits to Petaluma will also be paired with USAC competition.

Arizona competitors will have eight tries to conquer the bullring at the Adobe Mountain Speedway in Glendale, fresh off a successful test of the WMR cars last weekend.

Fresno’s David Prickett, Watsonville’s Tyler Slay, and San Diego’s Darren Brent scored victories during an abbreviated six race campaign in 2020. Prickett and Brent spilt the series’ inaugural stops at Petaluma, while Slay scored his second-career win with an exciting triumph at his home Watsonville on August 7th. Prickett scored the victory in the other three Ocean Speedway events of the year.