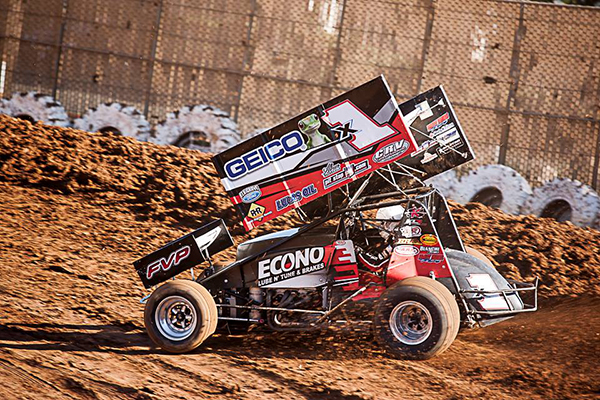 (June 10, 2020) – After the state of California enacted a statewide stay-at-home order on March 19, 2020 due to the COVID-19 pandemic, only 18 circle track motorsports events have been held. This Friday’s move to Stage 3 includes guidance for pro sports without audiences and paves the way for most counties throughout the state to reopen tracks. Photo by Chris Cleveland.

This weekend’s slate of races features a whopping 13 events mostly limited to competitors only and many available for live streaming online. As additional county health boards review and approve the Stage 3 guidance, several other tracks have indicated their reopening plans to ShortTrackLive.com

California’s professional sports (without live audiences) guidance reads:
“Professional sports in California may resume training and competition without live audiences, recommended no sooner than June 12, 2020 and subject to approval by county public health officers within the jurisdiction of operations following their review of local epidemiological data including cases per 100,000 population, rate of test positivity, and local preparedness to support a health care surge, vulnerable populations, contact tracing and testing.”

Dixon Speedway will run its fifth round of Micro Sprint action while Lemoore Raceway opens for the 2020 season with Micro Sprints as well. Irwindale Speedway will host a Late Model twin bill on Saturday after being dark since February 1st when it hosted the All-Star Showdown for the SRL Super Late Models.

Friday June 19th will serve as the opener for Ocean Speedway in Watsonville at the Santa Cruz County Fairgrounds with 360 Sprint Cars. The following night, Keller Auto Speedway Hanford reopens their fairground track with the NARC-KWS 410 Sprint Cars. Bakersfield Speedway has indicated a reopening for June 27th with the Richie McGowan Memorial on the card.

Additional facilities are planning July openings, while others wait for their proposals to be evaluated. The San Joaquin County tracks of Delta Speedway, Stockton 99 Speedway, and Stockton Dirt Track are awaiting word from their health board, while All American Speedway in Placer County is working on a plan with their facility @the Grounds to begin hosting practices.

Some facilities in California are not currently planning to open without spectators including the Merced Speedway. Another victim of racing without spectators was the California Speedweek, which was forced to announce a cancellation last week. BCRA Midgets cancelled their two race stop at Lakeport and Ukiah over Independence Day weekend due to closed grandstands as well.

Tentatively rescheduled major events include the ARCA Menards Series, West at Irwindale Speedway on July 4th, open to participants only. The SPEARS SRL Southwest Tour has tentatively announced plans to return to Stockton on July 4th for a second try after their June 6th event was postponed.

This weekend’s schedule: (races on Saturday unless noted)