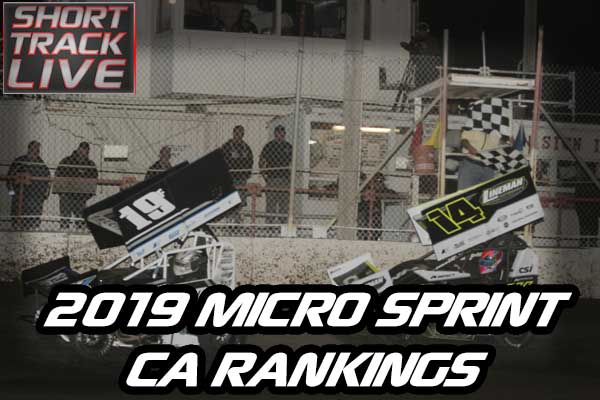 NORTH HIGHLANDS, Calif. (April 30, 2020) –The editors of ShortTrackLive.com will be ranking drivers across different disciplines of California grassroots motorsports throughout the season. One of our favorite forms of the sport is the dirt Micro Sprints. Like last week’s Pro Late Model rankings, Micro Sprints are a fast-growing grassroots racing division. Will a veteran on a partial schedule, or a driver who raced every weekend end up on top of the 2019 rankings? Our voters in the industry have submitted their ballots. Without further ado, here are the first round of picks!Photos by Chris Cleveland. 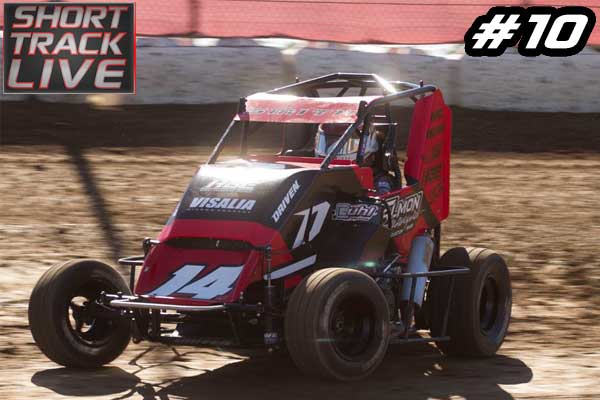 #10 Tyler “Tj” Smith – Fresno, CA
Three-time California Speedweek champion Tj Smith came off the 2018 season as one of the strongest Non-Wing competitors in state history. His move over to Driven Chassis in 2019 started off slowly and steadily, but a steady season for Smith was still strong enough to rank among the top-ten overall for our panel. His marquee victory may have been the Friday night portion of the Mark Hagopian Memorial. He also podiumed in three of the Speedweek features, but a 22nd place finish in the finale at Lemoore Raceway cost him any shot at the Non-Wing championship. He also picked up the Friday portion of a resurgent and competitive Cal Cup at Lemoore Raceway in November as well. Whether Smith ends up dedicating his 2020 season to Micros or Sprint Cars, we can’t wait to see him continue to rise throughout the motorsports world. Not near enough race fans and observers in the industry are aware of the talent he possesses behind the wheel. – Steven Blakesley 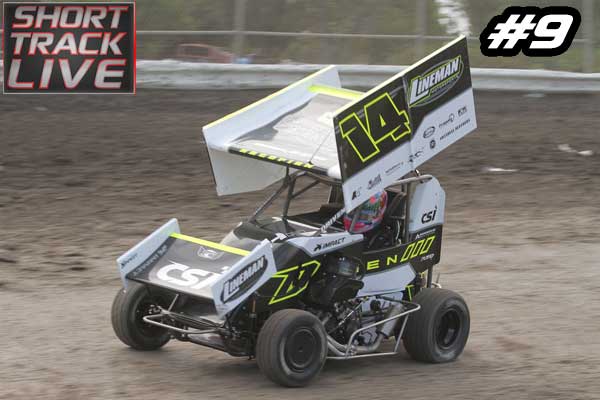 #9 Jake Hagopian – Fresno, CA
The MacGyver Trophy sits at its original home at the Driven Performance headquarters today. Jake Hagopian scaled back his personal racing efforts in 2019 to fulfill the role of car-owner and coach for the new pilot of the 14, Corey Day. When he did climb back in the car, he made it count. He started off the season battling for wins in both wing classes at the Tulsa Shootout. No one will soon forget the infamous battle he had with a fellow central California driver, Ben Worth, in the Outlaw class on the sports biggest stage. His efforts at the 34th Shootout ultimately led to his name being in the history books as the A-Class Champion. As the 2019 Mark Hagopian Memorial approached, Jake made it clear it was his last run as a driver. In his second attempt to run for the title, Hagopian made it a perfect two for two. Despite hired guns being brought in from all over the nation, and most of the west coast’s fastest Super 600 drivers in attendance, they were no match for Hagopian at Keller Auto Raceway. He won his preliminary night feature and went wire-to-wire in the 55-lap finale to bring the MacGyver Trophy back home to Fresno. With that, Jake Hagopian, ranks number nine for 2019 in the California micro sprint ranks. – JJ Cox Prodigy Race Promotions/Sprint Car Insider. 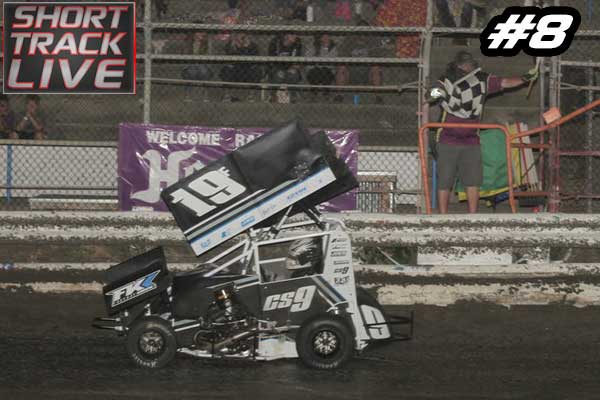 #8 Michael Faccinto – Hanford, CA
Winning perhaps the most exciting Micro Sprint race we have seen, Michael Faccinto of Hanford comes in at #8 in our Micro Sprint poll despite a limited 2019 campaign. Faccinto had our hearts beating with a rousing victory in the Dixon Speedway round of last season’s California Speedweek. The narrow victory saw the 2015 Speedweek champ topping Jake Hagopian by just a few feet across the stripe for his first wooden bear trophy of the week. Faccinto added Speedweek victories at Lemoore and Keller Auto Raceway on the way to a runner-up finish in the standings. His early season exploits in the Micros in 2019 were outstanding. He won night #1 of the Jet Bowl Classic and swept the Outlaw Nationals as well. A runner-up finish at the Delta Speedway World of Outlaws special in March added to the resume-building as well. Faccinto did not compete in a Micro in California throughout the second half of the season, but his six wins were enough for a top-ten ranking. Although a part-time Micro entrant, Faccinto remains a constant threat for victory any time we do see him at one of California’s dirt bullrings. – Steven Blakesley