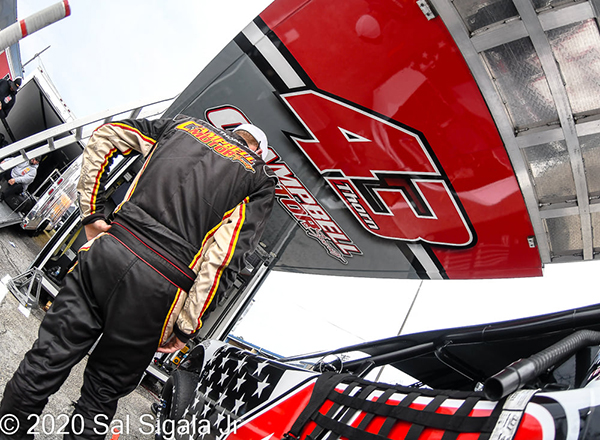 A story that began in 2011 may reach its pinnacle in 2020, as Derek Thorn prepares to roll off the grid as the polesitter of Sunday’s 53rd Snowball Derby. Photos by Sal Sigala, Jr.

In 2011, Thorn came into the most prestigious Super Late Model race in America as a driver on the rise. He finished second in the 2011 SPEARS SRL Southwest Tour standings on the strength of seven consecutive fast times to end the campaign. He had opened the year with his biggest performance of his young career, qualifying on the pole for the All-Star Showdown at Irwindale then challenging for the win in the nationally televised race for the NASCAR K&N Pro Series. 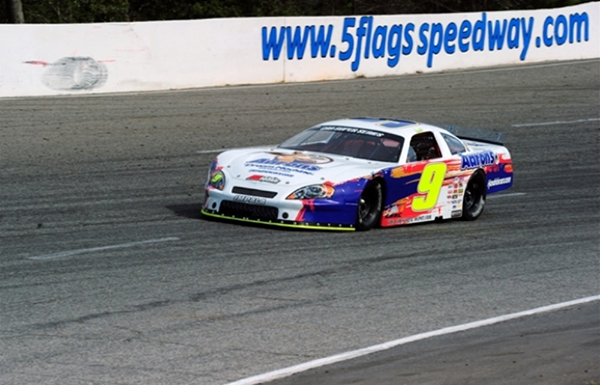 At Pensacola, Thorn qualified as the 30th and final car to make it on time. His run through the pack was outstanding but ended when he violently flipped in turn one. Meanwhile Chase Elliott drove on for a thrilling narrow victory over DJ Vanderlay for his first Tom Dawson Trophy.

Thorn’s steady ascent as one of the nation’s premier Super Late Model drivers culminated in 2019 when he scored the pole for the Derby. He nearly pulled the rabbit out of the hat for the win but was relegated to the rear, penalized for his slight involvement in a multi-car pileup on the front stretch in the late stages. His 2019 Derby weekend had already been an outstanding one with his first Snowflake 100 victory on Saturday night. 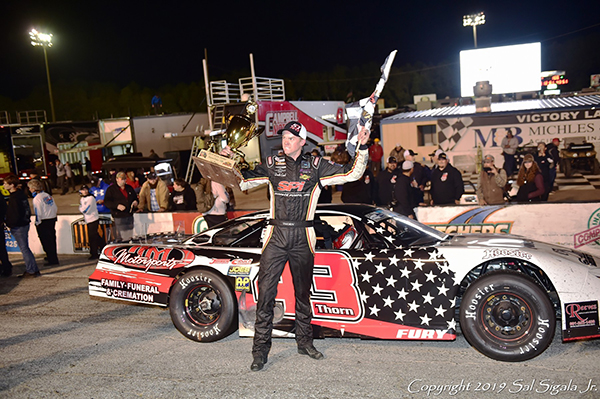 The 2020 attempt is poised to be Thorn’s biggest opportunity to win the Snowball Derby. He set the tone by leading most practice sessions for both the Snowflake and Snowball, then earning Sunday’s pole position for the 300-lap classic. He led much of Saturday’s Snowflake 100 before ultimately finishing fourth.

His career resume stands at 98 career wins, far from where Thorn stood when his career began to ascend in 2011. Chase Elliott? He has proceeded to win the NASCAR Cup Series championship yet had to come through the LCQ to make this year’s Snowball Derby field. Thorn’s crew chief in 2011? Junior Joiner, who has since won three championships in the NASCAR Camping World Truck Series.

The racing world had a feeling that Elliott’s win and Thorn’s flip in 2011 would not be the last we’d hear from either of these drivers. Their talent and determination made certain of that. Today in Pensacola, FL, they will be two of the 36 contenders to write their names in the history books. Elliott will be aiming for his third triumph and Thorn his first. It has all the makings to be a storybook afternoon on Florida’s Panhandle.