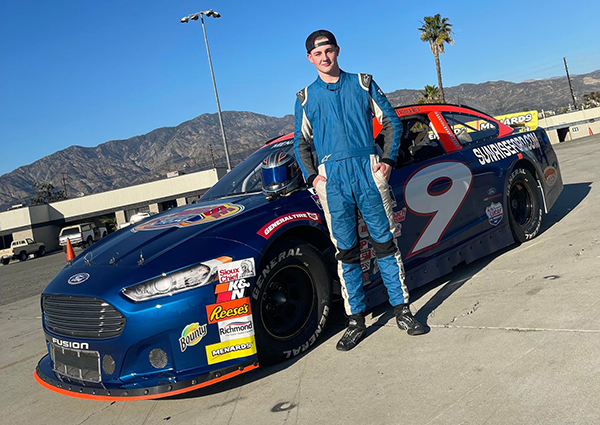 “I’m really excited about racing and learning a new car with a new team,” Reif said. “My expectations for the year are to take it all in, learn as much as I can, and bring home Rookie of the Year.”

Reif’s events will be broadcast live on FloRacing and available in tape-delay on USA Network. The season gets underway on March 11 at Phoenix Raceway in a combination race with the national ARCA Menards Series. Reif becomes the latest driver to ascend from INEX Legends, Jr. Late Models, and Pro Late Models into ARCA competition.

His 2021 Las Vegas championship came on the strength of four race wins. He added a fourth place in the SPEARS Pro Late Model Series championship with a best finish of second. Reif won a 50-lap preliminary feature during the 2021 Chilly Willy 150 weekend at Tucson Speedway as well.

Reif joins a three-time championship winning team in Sunrise Ford, most recently in 2018 with Derek Thorn. Sunrise Ford’s 2021 rookie driver Jake Drew tied for the championship and finished second in the series after the tie breaker. The previous pedigree of crew chief Bill Sedgwick working with young drivers gives Reif optimism for the upcoming season.

“I’m really looking forward to racing Phoenix because it’ll be the first one mile track I’ve been on,” Reif said. “Growing up I used to watched Sonoma on TV and now I’m actually racing on it. It’s crazy! I’m living the dream.”