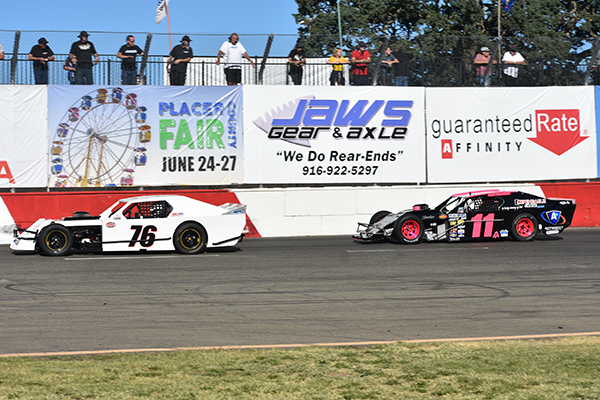 All tickets will be sold online, with ticket sales opening later this week at www.AllAmericanSpeedway.com

The first-ever meeting between touring North State Modifieds and the NASCAR Division II Jaws Gear & Axle Modifieds was initially set for July 10 but delayed by extreme high temperatures. Each division will run in accordance with their respective rulebooks and tires but both will be eligible for the posted awards. The awards include $1,000 to the race winner, $150 to take the green flag, and Authority Heating & Air lap leader bonuses of $250 on both lap five and lap 55.

Additional information on fan attendance is available at www.AllAmericanSpeedway.com Competitors will participate in practice activities on Friday before racing on Saturday. Grandstands open at 5pm. Heat races for Super Stocks and F4s are scheduled for 5:15pm, followed by the Lucas Oil Dash for the North State Modifieds. Opening ceremonies will take place at 6pm with features to follow. Races will also be available on Pay-Per-View at www.AllAmericanSpeedway.TV