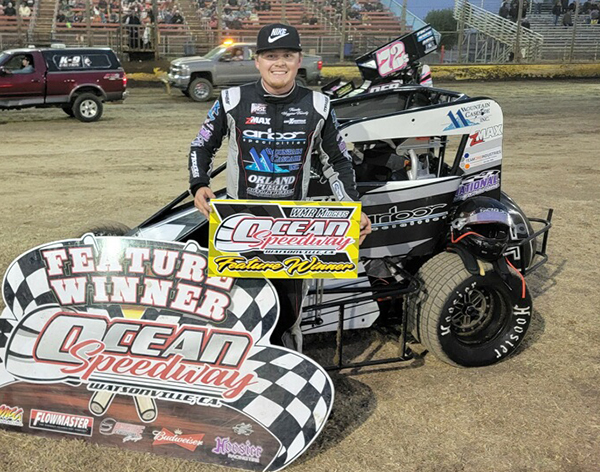 Concord’s Adam Teves and Lodi’s Nate Wait split the eight lap heat races. Shawn Arriaga tumbled in his heat race and was unable to start the feature in Cameron Beard’s No. 42 entry.

Teves led Bower over the first nine laps of the feature in an exciting battle between the Felkins-owned No. 35s of Teves and the Boscacci-owned No. 9 of Bower.

The race was halted on lap five when 16-year-old Mattix Salmon of Fresno flipped in turn three. Salmon was uninjured but his series debut ended after running fourth in the feature.

Bower took over the lead on lap 10 and paced Teves the rest of the way. Lodi’s Nate Wait, Oakley’s Bryant Bell, and Moorpark’s Todd Hawse were the top-five finishers.

Western Midget Racing moves on to Petaluma Speedway on Saturday night supporting the Sprint Car Challenge Tour. Fans can check out the action live on FloRacing.