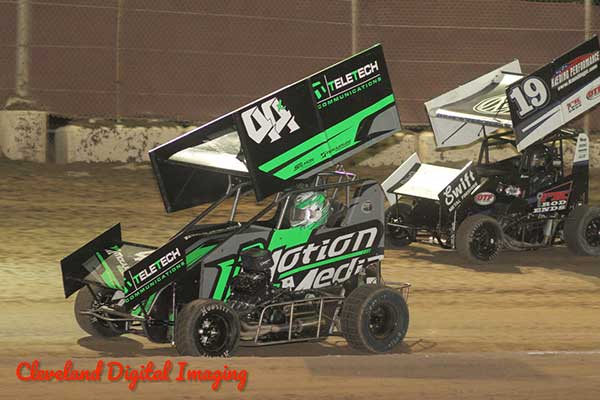 STOCKTON, CALIFORNIA (October 20, 2020) – Delta Speedway presented by Financial Center Credit Union will present the highly-anticipated Turkey Bowl XX this Friday and Saturday night, offering $2,000 to win in both the Super 600 and Non-Wing features along with $1,000 to win for the Restricted and Jr. Sprint features. A $200 cash prize will be offered for the hard chargers in Super 600, Non-Wing, and Restricted along with a $100 hard charger bonus in Jr. Sprints. Photo by Chris Cleveland

Friday’s action will include a pair of 10-lap heat races for all drivers competing. The top-16 in points between heat race finishes and passing points will advance into Saturday’s features. A pole shuffle will be held in Super 600 and Non-Wing while Restricted will compete in a Knock-Out race to determine the starting lineup for Saturday.

The high point earner in each class will pull a candy treat bag. The number within the bag selected determines the number of cars that will compete in the knock-out race or the pole shuffle.

Saturday’s program will include all lower main events and the features. Jr. Sprints will battle for 25 laps, Restricted 30 laps, and Non-Wing and Super 600 for 40-laps each.

In Non-Wing competition, Mitchel Moles closed out a spectacular 2019 season by winning the last year’s Turkey Bowl XIX. 2020 championship runner-up Tj Smith won the 2018 Turkey Bowl after winning that year’s track championship. Sage Bordenave of French Camp and Austin Stone of Chico aim for their first Turkey Bowl wins while Brandon Carey of Ripon won the 2017 Super 600 Turkey Bowl along with a win in 2004. Both Super 600 and Non-Wing have lucrative $2,000 to win features for 40-laps ahead of them this Saturday night.

Restricted track champion Brandon Riveira, who also won the 2020 Dixon Speedway title as well, could add a $1,000 Turkey Bowl win to round out his strong season. The balance of the top-five in the standings were Mattix Salmon of Fresno, Colin Kirby of Pleasanthill, Isabel Barnes of Brentwood, and Reilee Phillips of Fresno. Barnes is a two-time track champion in Jr. Sprints but has yet to experience the thrill of a Turkey Bowl title. Her two feature wins this season give her momentum into Saturday’s 30-lap feature.

Pit gates open at noon both nights of Turkey Bowl XX. Friday’s driver’s meeting will be at 5:30 p.m. while Saturday will see a driver’s meeting at 4:30 p.m. Driver entry is $125 and covers both days. Pit passes are $25 per day for others attending. COVID-19 protocols will be enforced with a full protocol available online at www.DeltaSpeedwayStockton.com Come hungry as Royce Farms will be serving up their legendary race track BBQ once again!