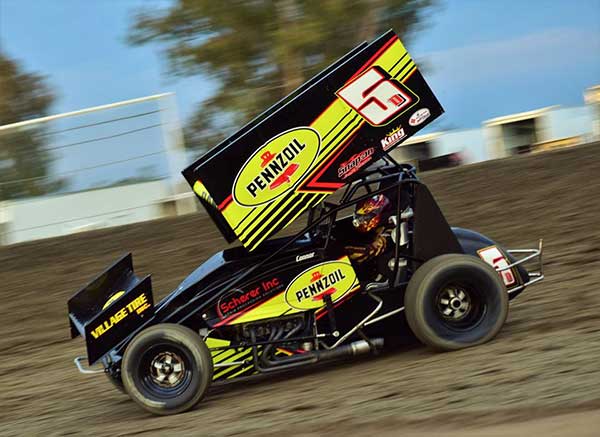 (June 12, 2020 from Racesaver PR) – The Van De Pol Western Racesavers return to the track for at least one night, teaming up with the King of the West NARC 410 Sprint Cars and Non-Wing 360 Sprint Cars on Saturday night June 20th, at the Peter Murphy promoted Keller Auto Speedway in Hanford.

Due to strict State of California and County of Kings COVID-19 restrictions, no fans will be permitted to enter the 3/8th mile clay oval facility. The entirety of the night will be streamed live though on Speed Shift TV. Fans interested in purchasing the PPV should find out all the details at SpeedShift.tv All other details pertaining to crew size and social distancing measures will be announced shortly.

Van De Pol Western Racesavers promoter Bubba Maurice has been trying since May to get a race in for the series. “I had lots of good communication with all promoters throughout California since the pandemic hit,” Maurice said. “Hopefully, this breaks the ice and we are able to salvage some resemblance of a season,” he added. At this time, it is not known when and where the next race after Hanford will happen.

The series will race for 2/3rds its normal purse in an effort to get races in for the series. This will be the standard until fans are able to return to the racetrack. “We are all in agreement, we know tracks don’t make a lot of money, you take away beer sales, concessions and front gate, there isn’t much left,” Maurice commented. Thanks to our weekly sponsors BR Motorsports, Warmerdam Walnut Company, CS9 Chassis, Spy Graphix, BRB Fabrication and Danell Custom Harvesting for going the extra mile to ensure this race happens.

A full field of cars is expected in Hanford. A very strong possibility that a B Main will also be needed to settle on the 22 car field. Brendan Warmerdam took the checkers in our only race of the year to date, He is expected to be in attendance along with many many others.