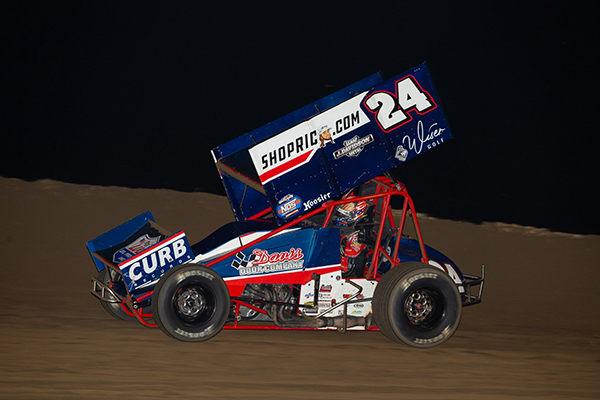 Recent announcements for the event have included the addition of Schaeffer Oil as the title sponsor and O’Reilly Auto Parts as the presenting sponsor. In addition to gaining branding notoriety, the miniseries is also already drawing attention from racers. Winged Sprint Car aces Rico Abreu, Cory Eliason, Dominic Scelzi, Aaron Reutzel, D.J. Netto and Giovanni Scelzi are among the list of drivers who have already voiced an intent to compete in the three-race swing.

The brand-new event will find 410 c.i. Winged Sprint Cars competing for a $7,000 top prize in the Friday, January 22 opener, while the programs on Saturday and Sunday, January 23 – 24 will each boast a $10,000 winner’s check. An Open Practice Session is slated for Thursday, January 21.

As the prospective Sprint Car field continues to grow, so does the likely list of IMCA Modified entries. California standouts Ethan Dotson and Cody Laney have already tossed their names into the hat. Each of the three programs spanning January 22-24, 2021 posts a $1,000 winner’s check for the IMCA Modified division.

Last but not least, fans clamoring to get a prime seat for the must-see action, will have their wishes granted next week. On Tuesday, October 27 online sales of reserved and general admission grandstand tickets will become available at www.wildwingshootout.com/buy-tickets/ .

From a staffing standpoint an all-star crew is being assembled for the three-night event, which is a co-promotion between Keyser Manufacturing Wild West Shootout promoter, Chris Kearns and FK Rod Ends Arizona Speedway promoter, Jonah Trussel.

Tommie Estes and Doug Lockwood will oversee the 410 c.i. Winged Sprint Car and IMCA Modified action, while the track preparation will be spearheaded by Gary Risch and Scott Woodhouse. Additionally, familiar voices will echo from the speakers at the 3/8-mile oval as veteran announcers Blake Anderson and Chet Christner provided blow-by-blow accounts of the red-hot, racing action.
Ticket information as well as full event details can be found at www.WildWingShootout.com.