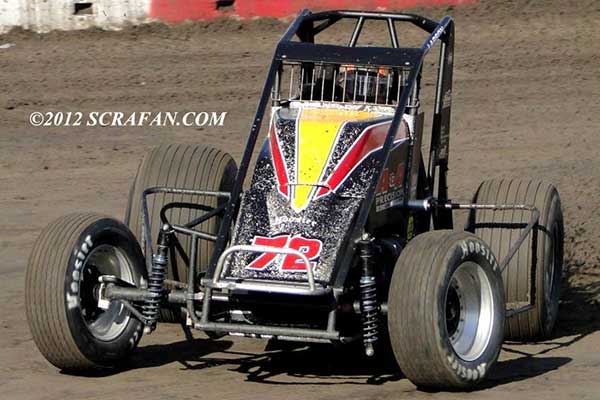 (May 11, 2020) – This week’s Monday Memory is a look back at one of Kyle Larson’s most underrated and outstanding performances of his career. We look back at May 11 and May 12, 2012 at the Chris and Brian Faria Memorial at the Tulare Thunderbowl with action for both the USAC West Coast 360s and King of the West 410s.

Kyle Larson nearly achieved an unbelievable feat, as he won three out of the four features over the weekend at Tulare. The 2011 Four Crown Nationals sweeper almost added another unlikely performance to the trophy case.

By early May of 2012, Larson was already on the way to repeating his 2011 success. He had scored a pair of pavement Super Late Model wins in Florida along with Indiana Non-Wing victories driving for David Abreu and a USAC National Midget win for Keith Kunz. Larson has long considered Tulare as one of his favorite tracks and he proved why he loves the challenging central valley dirt track.

Friday May 11 marked just the third time Larson had climbed aboard a #57 Sprint Car for Paul Silva that season. His previous outing saw him run second in a points race at Silver Dollar Speedway followed by a fourth place finish at Antioch with World of Outlaws the next night. Larson proved third time is the charm, leading 21 laps to top Jonathan Allard and Tommy Tarlton for the King of the West victory at Tulare.

For Friday’s USAC competition, the event marked milestones as Larson’s first start in the West Coast 360 Series and with car owner Keith Ford. After setting fast-time, Larson knifed past Richard VanderWeerd on the inside in turn four to drive off for a comfortable win with Bud Kaeding in second. 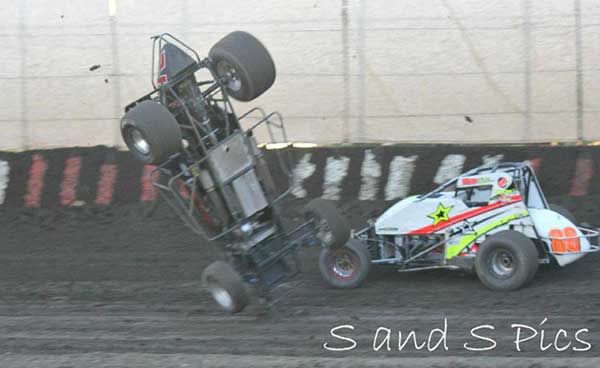 Saturday’s events brought on the distinct possibility of a sweep and Larson kicked that effort off with another USAC victory. This event had challenges as Larson flipped in the heat race. He started 13th in the feature with a back-up car but slid past Bud Kaeding with five to go to take the feature victory.

Larson’s run in the King of the West main event was a dominating one by leading the first 25 laps of the feature. As the adage goes of cars running the best before they expire, Larson’s engine erupted in flames to end his night. Ironically, Rico Abreu was the benefactor as he charged to his first career King of the West victory. 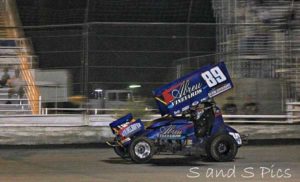 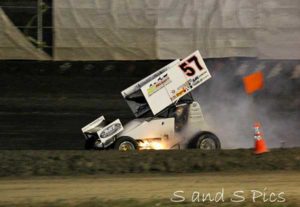 Both drivers went on for decorated seasons, with Abreu adding a KWS win at Calistoga two weeks later along with several POWRi Midget wins for Keith Kunz. Larson balanced his pavement and dirt programs in 2012 with relative ease as well.

He returned to California dirt for the Gold Cup in September, again driving for Keith Ford in USAC competition and Paul Silva in the World of Outlaws competition. He was nearly perfect once more, winning both the USAC Western Classic and Civil War portions of the event on Wednesday September 5th before winning the Gold Cup that Saturday night.

Larson also turned in one of the most hard-charging drives of his career in October, when he came back to Ocean Speedway Watsonville for 360 competition. He came from 20th starting position after an earlier engine failure to the lead by lap 16, en route for another California win.