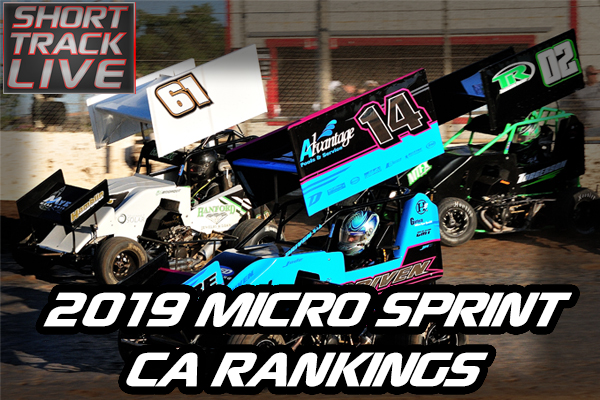 NORTH HIGHLANDS, Calif. (May 5, 2020) – The editors of ShortTrackLive.com are ranking the Micro Sprint drivers of California, based on their 2019 performances! A debate arose with the voters, and those in the Micro industry, about how to rank some of the best all-time drivers in the sport. Many of these drivers ran only partial schedules in 2019. The top-seven drivers in the final ballot results each competed throughout the entire season, producing victories up-and-down the state. Photos by Cameron Hageman and Chris Cleveland. 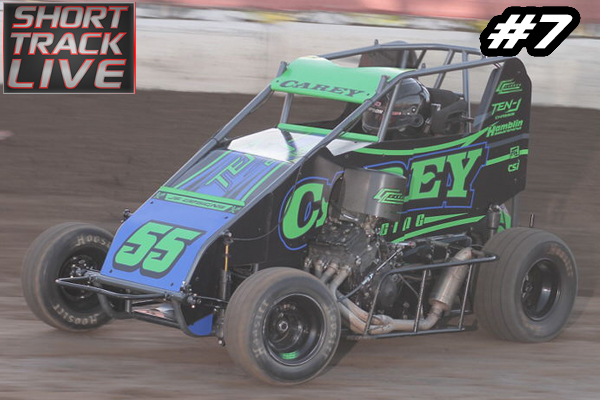 #7 Brandon Carey – Ripon, CA
The 2016 Delta Speedway dual champion Brandon Carey returned to winning ways in the 2019 season. After winning both the Super 600 and Non-Wing titles that season, Carey returned to form aboard a brand-new Ten-J Chassis entry. Carey recorded runner-up efforts in several significant events on the calendar including the Cal Cup and Delta’s Turkey Bowl. He added three points paying wins in the Non-Wing competition at Delta Speedway throughout their challenging season. Carey put a nice bow on a strong season when he swept the weekend features at Dixon Speedway’s Lonnie Kaiser Memorial over a 32-car turnout. One of the few pieces that Carey is missing on his mantle is a Speedweek championship, finishing in the top-ten of both Super and Non-Wing in the 2017 series. – Steven Blakesley 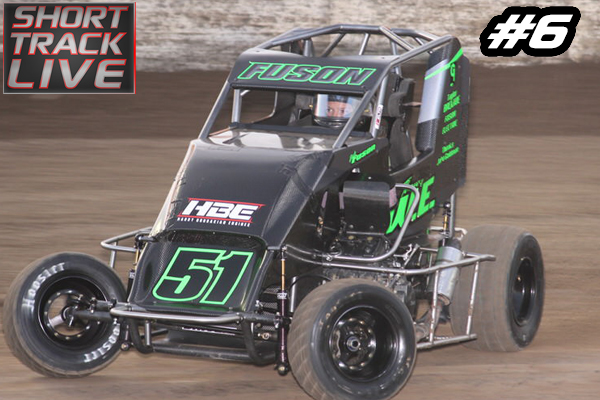 #6 Brody Fuson – Bakersfield, CA
Brody Fuson burst onto the scene in a big way during the 2019 season. Some of his highest regarded peers have tabbed Fuson as the next big-ticket for quite some time, and in 2019 he showed everyone why. He kicked the season off with a victory at Lemoore’s Jet Bowl Classic and remained a steady contender down the stretch. After a mid-season slump, his comeback during the latter half of the season speaks volumes about the resilience of young Fuson and perhaps earned his position on this list. The Mark Hagopian Memorial may have been the race where the young driver made his mark. For the past two years, Fuson landed on the podium against some of the strongest racers in the event. In 2019, he closed the deal with a dominating performance to win the Non-Wing feature. One week later, Fuson rolled into Lemoore Raceway to make history yet again. With his 11.217 qualifying lap, he eclipsed an eight-year standing track record of 11.228 previously set by Dominic Scelzi. Brody Fuson finds his place inside of the top-ten California Micro Sprint drivers of 2019. – JJ Cox Prodigy Race Promotions/Sprint Car Insider. 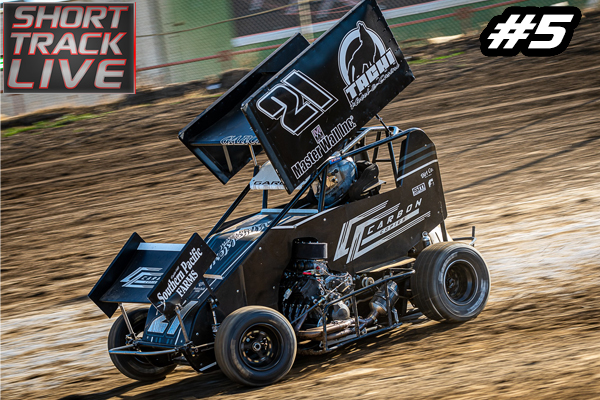 #5 Gauge Garcia – Lemoore, CA
Gauge Garcia entered the 2019 season with heavy expectations following a brilliant 2018 campaign. He spent much of 2019 battling for, and earning, multiple victories at Lemoore, Delta, and Plaza against a talented field of Restricted challengers. Garcia lived up to the expectations as he lit up the stat sheet in 2019. Earning 17 victories and being in contention on any given night, Garica asserted himself as one of California’s most versatile drivers. Perhaps his most notable performance of the season was his run during the 5th Annual Hoosier Tire California Speedweek. On his way to earning the championship ”Big Bear”, Garcia started the week off with a sixth at Dixon and a fourth at Delta. These runs placed him in title contention going into Plaza and Lemoore with home field advantage. Garcia put on a strong display of driving, closing out Speedweek with back-to-back wins against the field of 40 competitors from across the nation. He later went on to claim the California Cup crown in November in his first A-Class race. Garcia also currently holds the second highest driver win total for his chassis manufacturer. – JJ Cox Prodigy Race Promotions/Sprint Car Insider. 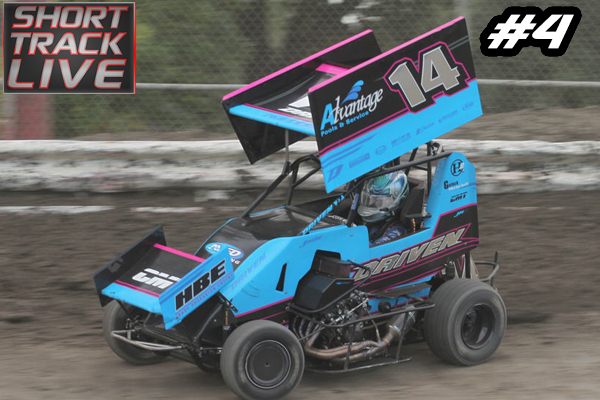 #4 Jade Avedisian – Clovis, CA
13 year-old female standout Jade Avedisian went stride-for-stride with Gauge Garcia throughout an exciting 2019 season of Restricted competition in California. Avedisian’s decorated season included eleven victories across the country. Just her California results are enough to rank fourth in our poll, however. Avedisian won the Delta Speedway round of Speedweek with a daring pass on the berm in turn four. She tried to duplicate the move two nights later at Plaza, in a bid for what could have been a championship deciding moment. Although the move failed, her confidence level soared from that point forward. Avedisian won the Clay Cup in Washington in July, then traveled back to California for a pair of Plaza wins in August. A victory in the finale of September’s Mark Hagopian Memorial was followed by a win in the Friday opener for Lemoore’s Cal Cup. Avedisian pulled off the championship double, taking the Restricted track titles at both Keller Auto Raceway Plaza Park and Lemoore Raceway while also running third in the Delta championship. Her Tulsa Shootout win in January of 2020 backed up the 2019 results, followed by an outstanding stretch of success in NOW600 competition in Oklahoma as well. 2020 is already shaping up to be a big season for one of the “Queens of Cali” – Steven Blakesley