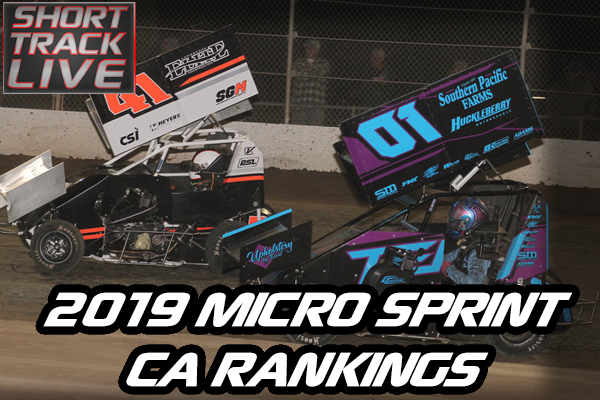 NORTH HIGHLANDS, Calif. (May 12, 2020) – The editors of ShortTrackLive.com are ranking the Micro Sprint drivers of California, based on their 2019 performances! The top-three drivers represent the pinacle of performance from the 2019 season and a target for the rest of the Micro Sprint scene to aim for in 2020. Photos by Cameron Hageman and Chris Cleveland. 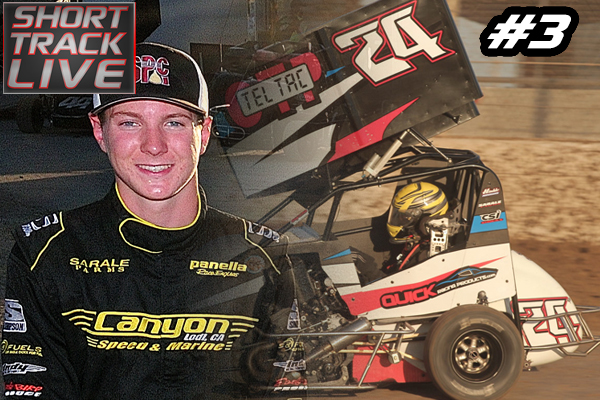 #3 Caden Sarale – Stockton, CA
16 year-old Caden Sarale duplicated a feat set by our #7 driver Brandon Carey, as the Stockton driver won both the Non-Wing and Super 600 championships at Delta Speedway in 2019. Momentum towards the sweep built throughout the summer, peaking on July 13th when Sarale won both features on the same night. The Non-Wing win that night came over a 33-car field that itself resembled a marquee event. It was actually Sarale’s second sweep of his career with his first sweep of both Multi classes in August 2018 at Delta. Sarale had a pair of outstanding performances that boosted his stock in the 2019 rankings. He finished second in the 2019 Hoosier Tire California Speedweek Non-Wing standings on the strength of four top-five finishes. He won the opening night at Dixon followed by fourth place at Delta, third place at Plaza, and a second-place finish at Lemoore Raceway. He ended his Micro Sprint season by winning the Super 600 portion of the Turkey Bowl at Delta Speedway as well. Sarale dabbled in Sprint Cars as well including a near victory at Marysville Raceway Park in a duel with Andy Forsberg. – Steven Blakesley 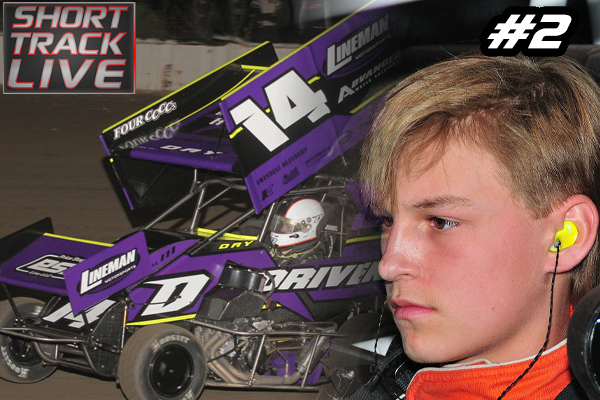 #2 Corey Day – Clovis, CA
As a highly touted rookie entering the Super 600 class in 2019, Corey Day lived up to the expectations. His Super 600 title at Keller Auto Raceway came by way of a charge through the field during the final points race of the year. 2019 became Day’s second consecutive year as a Plaza Park Champion after winning Restricted in 2018. Day found success with multiple wins at Plaza, Lemoore, and Delta but it was his unyielding consistency of speed and top-level confidence that has garnered his status as a contender anywhere he goes. Perhaps one of his most notable highlights of the year was winning right out of the gate in the #14 for Driven Chassis and Jake Hagopian. Day persevered over the pressure associated with climbing aboard such a decorated ride. The Super 600 title at Plaza Park was joined by a pair of Delta wins, a sweep of the Cal Cup at Lemoore, and third in the Speedweek points as well. In 2020, he’s the full-time pilot of the machine and already has claimed victories at Plaza’s Outlaw Nationals and at Dixon Speedway. His consistent podiums throughout 2019 in both wing and Non-Wing competition also landed Day on the Micro Sprint Rankings podium as the #2 driver in the state. – JJ Cox Prodigy Race Promotions/Sprint Car Insider. 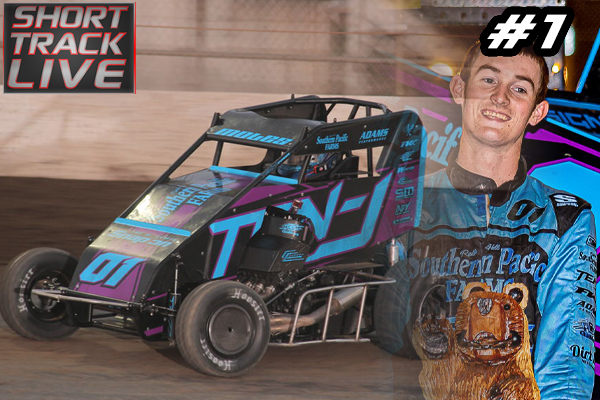 #1 Mitchel Moles – Raisin City, CA
Forty. Five. Wins. What more can be said about the #1 driver in Micro Sprint racing in California than a 45 win season? Mitchel Moles, who is jokingly referred to as the “professional bass fisherman” established himself as a future threat as a professional race car driver with a sinister season up and down the golden state in Micro Sprints. Moles was a threat with both the wings on and off. Many of his victories came in Non-Wing competition on a weekly basis at Lemoore and Plaza Park. He swept both the Super and Non-Wing titles at Lemoore on the strength of 16 wins. He also won the Non-Wing crown at Plaza. He added eight total wins at Delta Speedway including the Non-Wing portion of the Turkey Bowl, along with seven second place finishes at the Stockton bullring. Perhaps his performance at Speedweek was the most notable. Moles anchored a Ten-J Chassis onslaught that swept all three championships, including Moles taking the Super 600 title. His Super 600 Speedweek stats had a win and three third place finishes. Non-Wing saw a win at Plaza Park along with a second place, a fourth place, and seventh place finish for third in the standings. – Steven Blakesley