KALISPELL, MONTANA (February 12, 2021) – 19-year-old Toyota Racing Development drivers Kaylee Bryson of Muskogee, Okla. and Michael “Buddy” Kofoid of Penngrove, Calif. will debut on asphalt in 2021, as the USAC National Midget contenders will drive in the Northwest for Racing Dynamiks this spring. The duo will test and compete across Washington in Pro Late Models and Super Late Models, racing at South Sound Speedway in Rochester, Evergreen Speedway in Monroe, and Wenatchee Valley Super Oval in East Wenatchee.

Racing Dynamiks and Travis Sharpe served as part of the ARCA Menards Series West championship-winning program with Jesse Love and Bill McAnally Racing in 2020. In 2021, Sharpe will be the crew chief on the No.16 NAPA AUTO PARTS Toyota Camry for Love.

“Ever since I can remember I’ve wanted to race on pavement and hopefully NASCAR,” Kofoid said. “This step is the first big transition from dirt to pavement. I hope to be consistent and improve every time I’m on the track. Racing anything on dirt will help with good throttle control and having to be smooth. Coming from the slick on dirt you have to roll into the throttle and finesse it.” 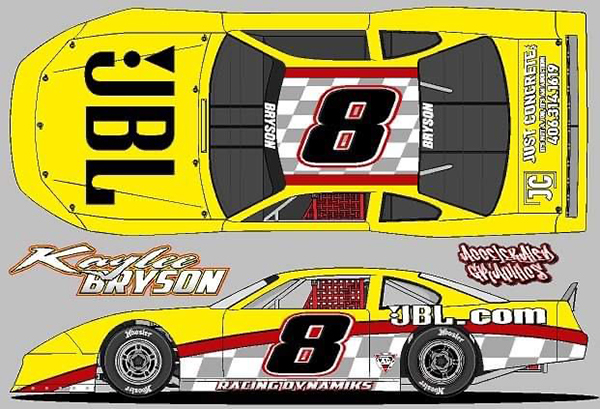 “This opportunity means the world to me,” Bryson said. “I’ve always dreamed to make it to NASCAR. I’m super excited to see what we can do. I know we can excel if we make progress and learn every time we’re on the track. It will definitely be a change from driving for Keith Kunz in the Midget but I’m super pumped and grateful.”

Kofoid and Bryson will begin testing later this spring. They will both compete on April 3 at South Sound Speedway in Pro Late Models. Then Bryson will compete at the NASCAR-sanctioned Evergreen Speedway in Pro Late Model racing on April 10. They will then participate in the season opener for the Northwest Super Late Models at the quarter-mile Wenatchee Valley Super Oval on April 25. The program continues with Bryson at South Sound on May 1 followed by Kofoid and Bryson pairing up for their final scheduled event on May 29 at South Sound.