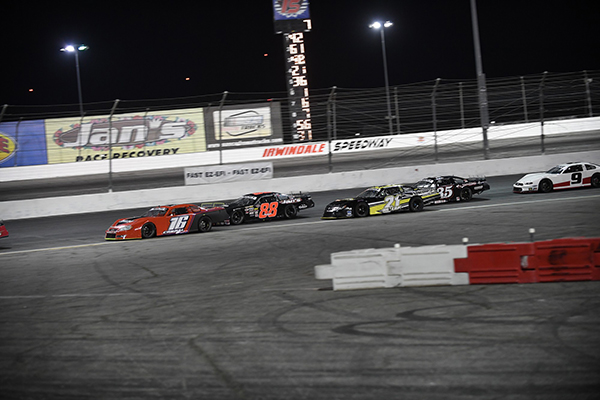 “Both the competitors and sponsors have been pushing for us to sanction a Pro Late Model Series and everything has come together for the 2021 season,” stated the SRL’s Larry Collins. “Many of our sponsors and media partners have jumped on board to make 2021 a big year for the Pro Late Models, including the Sigma Performance Services winner’s bonus to guarantee a minimum of $3,000 to win at each series event.”

“SPS is proud to be part of this exciting new venture with the SRL and the Pro Late Model Class. As a long-time competitor, owner and contributor to the SPEARS Southwest Tour Series we have developed a strong appreciation for the quality and integrity of racing that Larry, Brian and the whole organization has brought to west coast racing. SPS is proud of the work that we have done to support the Pro Late Model class within the west, and we feel strongly that racer’s need a place, and a class of racing, that provides an affordable path to competitive racer’s that want to progress through the ranks of late model stock car racing. We cannot think of a better group of people to organize and lead this new opportunity for west coast racers.” Stated SPS’ Joe Farre’.

Marque events for the new Pro Late Model Series include the $15,000 to win Pro Late Model race at the All-Star Showdown on the Irwindale Speedway 1/3 mile (February 6th, 2021) and the $7,600 to win race and fireworks show at Kern County Raceway ½ mile on June 26th.

For more information, go to www.SRLSouthwesttour.com.