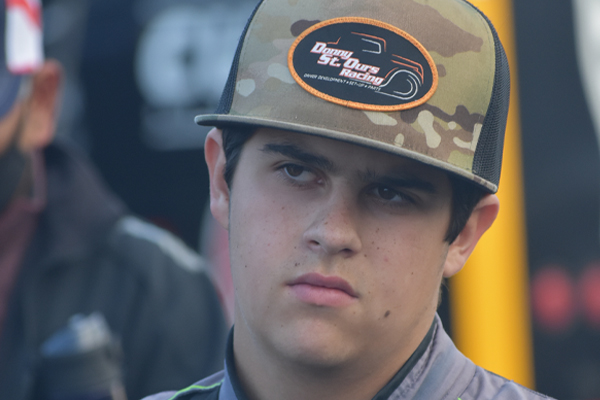 KALISPELL, MONTANA (February 11, 2021) – On the heels of a runner-up finish at Tucson Speedway in November, 13-year-old Jake Bollman of Huntington Beach, Calif. will return on February 28 for the Chilly Willy Jr. Late Model race with Racing Dynamiks. The Jr. Late Model veteran will team with Crew Chief Travis Sharpe in the #7 Just Concrete Toyota Camry in the 75-lap contest. Photo by Don Thompson

Bollman’s efforts will be supported by Pacific Coast Propane, PB Plumbing, Trader Tim’s Tie Downs, and Just Concrete. He won his 35-lap heat race during November’s Turkey Shoot and the debut of Jr. Late Model racing at Tucson. He went on to lead 53 laps in the feature before ultimately finishing second. He looks to improve by one position on this attempt.

“I am really looking forward to racing with Travis Sharpe in the Chilly Willy 150,” Bollman said. “It means a lot of have such a talented Crew Chief and spotter. I think this opportunity will help prepare me for my plans in Pro Late Models in 2021.” 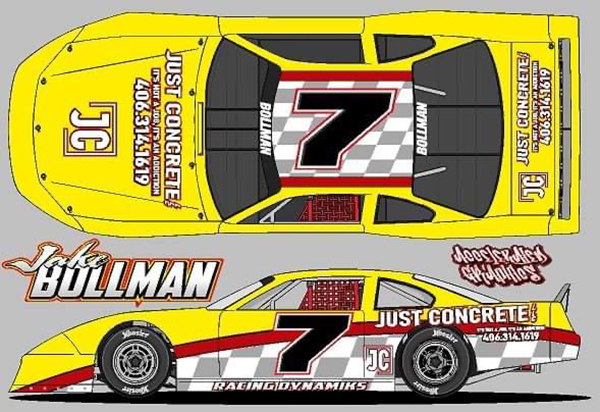 Bollman is part of a growing crop of drivers emerging from Madera’s 51FIFTY Jr. Late Model series, where drivers ages 10-16 years old compete in 70-lap races on MAVTV. He finished fourth in the 2020 campaign with three podium finishes along with a fast-time in the penultimate race of the championship. He used four top-five finishes to finish fourth in 2019 as well. Bollman split time between Late Models and Legends in 2020, finishing fifth in the national Young Lion standings along with being the top driver from California.

The events at Tucson will be streamed live by Low Budget TV with heat races on Saturday February 26 and the features on Sunday February 28. The Jr. Late Models will be joined by the Chilly Willy 150 for the Super Late Models along with Legends cars.

“I have been able to be around Jake a little and you couldn’t help but notice the speed he had, Sharpe said. “Even though we had talked a little about a possibility of something, I don’t think either of us had planned on doing any of this as soon as we did. The Chilly Willy was pretty last minute, but myself and all my guys agreed it was worth the extra effort to get such a young and talented driver in our program.”

For more information about Travis Sharpe and Racing Dynamiks, contact him at (276) 806-5739. Jake Bollman can be found online at www.JakeBollmanRacing.com