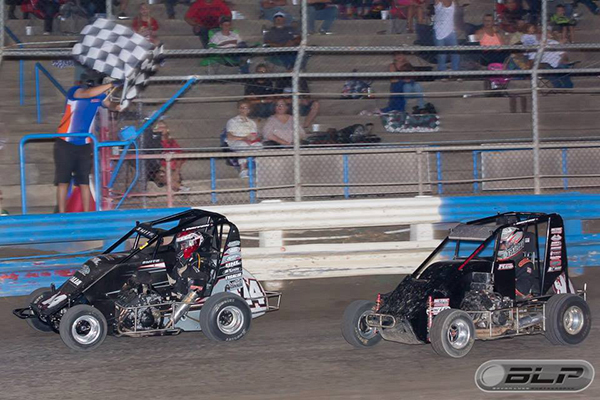 STOCKTON, CALIFORNIA (February 12, 2020) – As we prepare for the sixth annual Hoosier Tire California Speedweek, we look back at the last five years of great micro sprint action. Each week, we will be profiling the unforgettable moments that have made their mark on Speedweek.

2015 – The inaugural California Speedweek featured excitement on every single night. Despite wins at Dixon and Plaza Park, Oklahoma’s Frank Flud missed out on the Super 600 title by just four points to Michael Faccinto. Jake Andreotti made a daring last lap pass for the win at Lemoore, en route to fifth in the standings.

Restricted was a four-way battle all the way to the wire between Greg Decaires, Caden Sarale, Joey Ancona, and Brooklyn Holland. Holland’s hard-charging drive to victory on night #3 at Plaza Park propelled her to the championship, shared with Greg Decaires.

TJ Smith started off his Speedweek career with his first Non-Wing championship, topping Flud by 82 points. He scored two wins, a second place finish, and swept his heat races on the way to the title.

The Hoosier Tire California Speedweek returns for the sixth running in 2020, from June 23-27. More information is available at: HoosierCASpeedweek.com