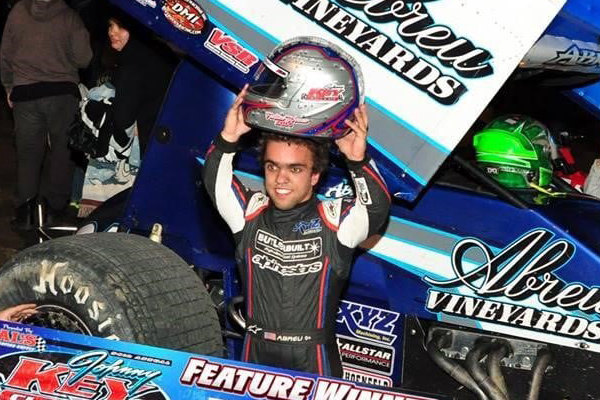 (October 14, 2020 from Gary Thomas) – One of the strongest fields of the Ocean Sprints presented by Taco Bravo season is anticipated this Saturday night at the 60th running of the “Johnny Key Classic.” Photo by Paul Trevino

Sharing the bill on Saturday at the Ocean Speedway in Watsonville, California will be IMCA Modifieds, IMCA Sport Mods, Hobby Stocks and Four Bangers. The pit gate will open at noon, with the drivers scheduled for 3:45pm and cars on track just after that. With the grandstands still closed to spectators the event can be seen live via www.floracing.com as has been the custom throughout Nor-Cal in 2020.

The Johnny Key Classic originally started out at the paved San Jose Speedway following the passing of driver Johnny Key during a racing crash in 1954, before moving to the fairgrounds dirt track in 1978 and had been a staple at the speedway until the closing of the dirt oval in 1999.

After several years sitting idle the Ocean Speedway decided to bring the event back in 2007 and this year will mark the 14th consecutive season that it will be held at the Santa Cruz County Fairgrounds facility.

Going into the Johnny Key Classic there have been six different winners in the eight Ocean Sprints events held this season. Hanford’s DJ Netto and Aromas driver Justin Sanders have been the lone repeat victors thus far heading into the penultimate outing for the Winged 360s. Other winners that should also be considered favorites on Saturday include Fremont’s Shane Golobic, Roseville’s Sean Becker, Hanford’s Mitchell Faccinto and Lincoln’s Blake Carrick.

Among the special entrants this weekend scheduled to make his return to the Ocean Speedway bullring is Rutherford’s Rico Abreu. The multi-time Chili Bowl Nationals winner captured the Johnny Key Classic during back-to-back years in 2013 and ’14.

Fellow past champion of the event looking for number two on Saturday will be Auburn’s Andy Forsberg, who won the Key in 2015. Forsberg this season scooped up the track title at Marysville Raceway. Campbell’s Bud Kaeding will be another former winner looking to add a second Johnny Key Classic to his resume. Kaeding claimed the event way back in 1996 while he was a rookie in Sprint Cars and is fresh off a win at Keller Auto Speedway in Hanford last weekend.