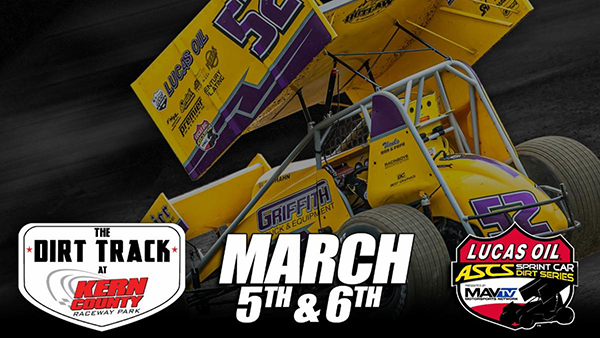 (February 12, 2021 by Bryan Hulbert) – There has been a change in the opening venue for the 2021 season with the Lucas Oil American Sprint Car Series presented by the MAVTV Motorsports Network. Originally slated to begin in Arizona, management changes at Canyon Speedway Park have caused the cancellation of events on February 26 and 27. Local event restrictions at other facilities kept the tour from moving the event to another location.

Four overall events are scheduled on the California swing with the series returning to Stone Chevrolet, Buick, GMC Thunderbowl Raceway in Tulare for the first time since 2011 on Friday, March 12 and Keller Auto Speedway in Hanford on Saturday, March 13; a track that has been absent from National Tour competition since 2012.